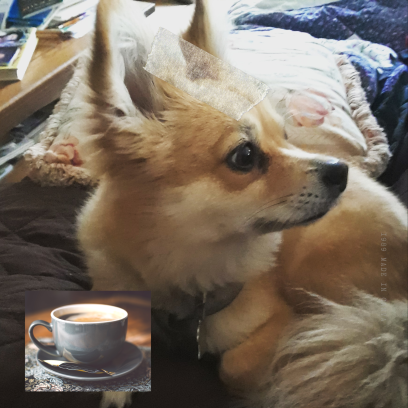 Welcome to my Weekend Coffee Share, hosted by Allison at the Eclectic Ali blog.  Grab your beverage of choice, mine is half-caff hazelnut on a cool morning.

It has been another terribly busy week of grading and coursework for a Gifted Endorsement class, but  on a few nights, I stole moments before bedtime to read a sci-fi/fantasy book, War of the God Queen by David Hambling about a woman who is sent back in time to live in a band of nomads who must fight these monsters that kidnap women to make them part of their breeding stock.  Because of her modern knowledge, she is treated like a goddess, and fights for women’s rights as well as battling the monsters.  It is truly out there, but the female empowerment theme appeals to me.

Monday evening, I had my last physical therapy appointment and I am now considered ‘graduated’ from the physical therapy.  I made a few jokes with the PT therapist about slacking and being sent back a grade.  He’d just say something right back in jest.  Of course I was joking, right?  Now I am out here on my own, but it felt great to leave there feeling like a success.  The week before, he had said I’d done well.  Which, I think is true.  I am very anxious to have this pain behind me or to have the feelings associated with it gone.  The doctor had put in an order for the back before the shoulder which was not what I wanted, though I think starting with the back worked and did help.  I was more comfortable and ready to tackle the challenge when we got to the shoulder physical therapy which seems to be a nerve point for me.

Weds. night, I did my physical therapy exercises at home. I had planned to go to yoga as well, though it would be mostly for lower body.  Though, I must say, I was feeling so tired right after school.  My job made me flat out tired.  Of course, my sleep cycle is still not up to par. So, I did not make it to yoga, but I did work on the arms and shoulder as I should.

I have been thinking I need an accountability partner.  I am not fully healed, but I am capable of anything I try except reaching my shoulder blade when I put my arm in back.  Obviously, I can’t do really heavy weights, and I’m following what my PT had prescribed for me.  The doc had indicated surgery might be the only other thing, and I likely was moving beyond the need for PT because I could do anything the therapist challenged me with.  The doc and I both agreed that I don’t want surgery in my life right now.  Now, I need to hold myself accountable, or , as I have considered, maybe try a personal trainer. Not right away, though.  For now, I have reached out to a fellow writer and blogger who has gone through surgery and rehab for the back; it will be long distance, but we can encourage each other and report our progress.  I think that will help for now, since I may not be ready to seek out something new.

Thursday night, I got home earlier than normal due to fore-casted storms.  My twenty-three year old son had worked until 1 and had two beers before I got home, which makes him talkative. Then, he wanted to watch a movie together, and even though his being sociable was likely a  result of him having a few beers, I sat on the couch with my coursework and grading, replied to his comments, and glanced at the Terminator movie every 5-10 minutes.  His life seems easy right now, but this is where he needs to be currently. He is learning a lot about automotive repair, and he even went to work in the afternoon after getting off at 1, to see if the district manager had visited as planned. This means he TALKS TO COWORKERS and has acquaintances. I don’t ever say “Stop Talking. I have a lot of crap to do.” Because that other crap crap can wait.

As far as writing, Malachi is almost finished with the editor, and then I have my own editing to do.  I have gotten some ideas for Ellie; she will have a book of her own next year, next in the Detours in Time  series, and Malachi will be a key character.  There will be a lot of obvious time travel. Don’t be dismayed that there is not much in the Malachi novel.  It is mostly character-driven, but Ellie is, well, she’s a traveler and does show up in the Malachi novel.

It is going to be a great Saturday, I have determined that!  I woke early as is usual these days after waking at 4 a.m., but I think I did doze a small bit before the alarm woke me at 6 a.m. to eat breakfast and wash up because there was something I planned to do for myself.  I made it to a 9 a.m. pilates class at my usual yoga studio where I sometimes take a relaxing yoga class.  I hadn’t gone regularly since doing physical therapy because of the schedule and trying not to miss too much work.  As I got there, I right away told the instructor I’d need to modify a little bit, I’d just finished up shoulder PT, but that I was excited to be there!  And that was true.  Let me tell you, I think it went well!  I think I am on the road to being recovered.  I guess the secret is, “Never quit.”  No matter how old I am, how tired I am, how sore I feel, I just need to keep trying.  I will leave you all for the week on that positive note, and in a few days, I plan to post a little more about my experience with physical therapy.  Next is the further work I plan to do with my mind, dealing with the anxiety, talk therapy to work through my life questioning.  I am optimistic, and I feel great after pilates!  Have a great Saturday!

If you’re interested, I posted a short poem on the mind and imagination this week.  You can read it here: https://pamelascanepa.wordpress.com/2020/02/07/the-forest-poetry/ 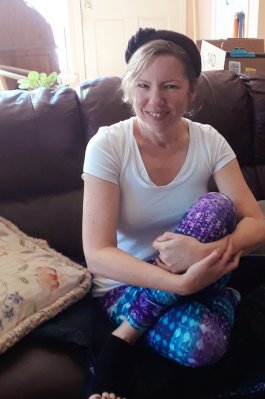