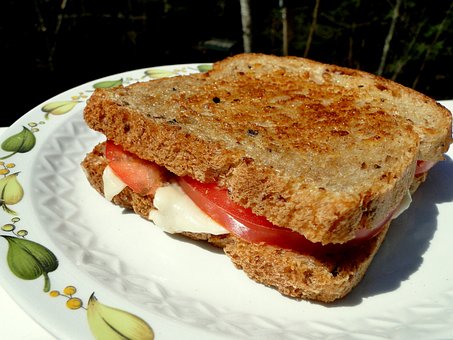 “Mama, when cheese melts, is it still cheese, or is it bread and cheese?”

“Yes, hon, the cheese is still cheese, but now it’s even more enjoyable. ”

“I love bread AND cheese, and tomatoes!”

Mrs. Vincent put two slices of tomato on his sandwich.  “You should! Now they’re all better than they were before. Such a great combination!”

Mrs. Vincent added a dash of pepper.  “Is that just right?”

“Yeah.  It’s not as boring now.  Is that why America was called a ‘melting pot’?”

“It still is my dear. Remember why you love it.  Don’t let anyone tell you different. ”

When I was little, if you told me Papa could catch the sunlight in his little hands, I’d believe it.

I believed it when he caught a firefly.  I’d never seen one before.  And then, he made the light disappear.  Years later, I figured out why he was tugging at his sleeve.

“All gone!”  He held up his hands.  Nothing.  I thought he was some kind of magician.

Truth be told, he really could make the light disappear.  He said something to make Grandma cry so bad one time.  It was like he sucked the light out of her soul.

Mom just said he had too much to drink.  When I looked at her questioningly, she answered, “Sick juice.”  Those were the words for the drink left on the coffee table that I shouldn’t touch.

Challenge:  Respond to the photo prompt with a brief flash fiction story of around 100-150 words, give or take 25.  To find out more about Flash Fiction for Aspiring Writers and this week’s photo prompt challenge, go to https://flashfictionforaspiringwriters.wordpress.com/2018/01/29/fffaw-challenge-week-of-january-30-2018/

To submit your own response, click the blue InLinkz button at the above site after reading the rules of the challenge.